At this rate ¿Jeb? will soon become the greatest leader of all time:

Jeb Bush says he’s not reducing his presidential campaign, he is simply refocusing it with an eye toward the early caucus and primary states.
“We’ve made an adjustment in our campaign,” Bush said Saturday before conducting a town hall in the pivotal state of South Carolina. “That’s what leaders do.”

Or he could’ve gone with this angle: 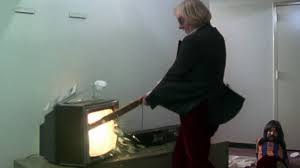 This is an act of love, pendejos!

Maybe ¿Jeb? could get himself a cricket bat. I know I wish George HW Bush, patriarch of this disastrous clan, had used the stick a little more often and enthusiastically. Couldn’t have hurt.